According to Robert Golembiewski in his “Handbook of Organizational Consultation,” 79 percent of Fortune 1000 companies use self-managing teams and 94 percent use employee work groups. Employers routinely say they want employees who can work in teams. Former Chrysler Chairman Lee Iacocca states: “A major reason capable people fail to advance is they don’t work well with their colleagues.” A survey of 60 of the world’s largest companies said 60 percent of its employees don’t advance due to an inability to work in teams, while only 9 percent said a lack of technical skills was the reason. Your skill set and technical knowledge can be critical to being hired, but it will be your ability to work well with others that will help you to advance.

Millennials are now the largest generation in the workplace and like collaboration. Millennials grew up participating in sports and being team players from their earliest days of playing tee-ball. Even though they like to communicate using social media when at work they enjoy the interaction a team affords. They also like being mentored and receiving feedback as they progress with their project goals. The team model became more prominent after 9/11 when the CIA commissioned a study to find out what made analyst teams effective. The result? It wasn’t the makeup of the team or the leadership. It was the interactions between team members.

In 1997 there was a push for hiring the best and brightest and letting them work alone to produce brilliant results. According to a 2015 Forbes magazine article, this approach didn’t work. Mixing all levels of the spectrum improves the final product.

Teamwork is not only about knowledge and skills. It is working collaboratively, sharing information, and meeting deadlines so other team members can complete their objectives. It is learning new skills from other team members while sharing your skills and knowledge with them.

What happens if you don’t think you are a team player? It’s not necessarily a bad thing. You can be a specialist or individual performer and still be a productive team member. While you may find it difficult to keep quiet if you see the team heading toward failure when you clearly see a better way, you don’t need to squash your input. Simply remember respect for other team members and their input is critical to goal achievement.

In today’s business world the emphasis is on diversity, and one of the best ways to include diversity is through teams that include a variety of employees with different skill sets and abilities. Finding the best minds for the task is one reason teams are so popular. Brainstorming from different sectors may elicit a solution that one or two individuals could not see, especially if their perspective is different.

Yet there are situations where the team player approach may be less effective. A coder, for example, may work faster and more efficiently when working alone. Setting up a team to determine how to fix coding problems might take too much time and water down the solutions that could be implemented much more quickly by someone working alone or with another colleague.

As Generation Z enters the workforce, the team approach might find itself hitting a brick wall. Gen Z workers have stated they prefer to work alone rather than in teams like their millennial counterparts. Will this trend impact how managers use the team approach in the future? That remains to be seen.

Whether you enjoy collaborating with your co-workers on teams or prefer to work out solutions to problems on your own, it is important for future workers to become comfortable with both styles of problem-solving. Teams will not disappear in the near future, and working out problems individually may be difficult for some workers, particularly if they have collaborated most of their life in team environments. The best workers know what working style is needed for each project, and how to adapt their personal style to the demands of the workforce. 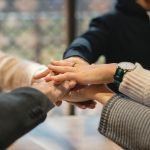 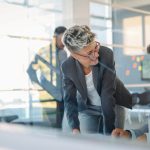