Want to climb the corporate ladder or move the ball forward on your team’s agenda? You’d better figure out how to increase work influence to get people on board with your objectives. You don’t have to suddenly become a prolific public speaker to be memorable. In fact, you don’t even have to be particularly eloquent at all. According to MIT research, people are less likely to remember exactly what you said or how you looked than how you made them feel—especially if you project positivity and enthusiasm.

If you’re wondering how you go about doing just that, check out these tips to help you increase work influence.

1. Be Vulnerable – Ask for Help and Admit When You’re Wrong

You might think asking for a favor is tacky. But research shows people respond positively to vulnerability. Don’t believe it? Well, one of America’s forefathers was such a Jedi master at this tactic that psychologists named this phenomenon after him, dubbing it the Benjamin Franklin effect.

The Benjamin Franklin effect makes sense when you consider that vulnerability is a very likable trait. So, to increase influence around the water cooler crowd, you might try asking for assistance or advice on a project. And, if you want to score major vulnerability points with co-workers, don’t forget to apologize when you make a mistake.

Constantly saying sorry can be obnoxious and appear insincere. But if you use the term when it’s truly appropriate, studies show it can boost your appeal, and help you increase work influence. Indeed, one study found that the less expected an apology from a manager was, the greater the effect of it was.

Did you know that your words only convey about 7 percent of what you’re trying to say? It’s true—the rest comes across in your facial expressions and tone of voice. That’s where active listening comes in.

In an interview with Harvard Business Review, Nick Morgan, author of Power Cues, suggests that if you want to increase influence, you should ask colleagues for their perspectives and advice in one-on-one situations. Then, give their responses (and posture and tone) your undivided attention.

“Most of us walk around with a running to-do list in our heads,” Morgan said.

We’re so preoccupied and caught up with ourselves and mobile devices that we fail to actively engage in our surroundings, reaching for our phones instead of those in our immediate sphere of influence.

Morgan suggests practicing “the discipline of focus” by being physically attentive – turning your body toward the speaker, freezing in place and listening intently so that people feel valued and heard.

“A big part of workplace resentment is people feeling disrespected and that their voices aren’t being heard,” Dorie Clark, author of Entrepreneurial You, said.

Many professionals, particularly those who manage others, know the perils of providing feedback and criticism. While you may intend to provide genuinely helpful recommendations, you may worry that you could bruise an ego. This is certainly influential, but it’s not the kind of work influence increase you want. But, don’t stress too much. According to a 2014 Harvard Business Review assessment, most people actually prefer receiving feedback to giving it.

Keep in mind that, according to research, while seasoned professionals are more open to negative feedback, novices prefer positive responses. To cover all your bases, you might want to try the sandwich method: compliment, feedback, compliment, softening the feedback blow on either side.

Get ready to increase work influence by arming yourself with smart, innovative training on a range of topics—from interpersonal skills to delivering constructive feedback—all available on demand. Visit KnowledgeCity to learn more about our hassle-free online learning management system today. 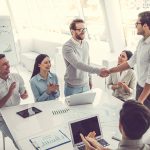 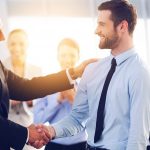 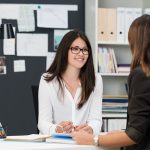