Why Is Title VI Compliance Training So Important?

In 1963, President John F. Kennedy stated his case for making the Civil Rights Act, including Title VI, a reality.

“Simple justice requires that public funds, to which all taxpayers of all races, (colors, and national origins) contribute, not be spent in any fashion which encourages, entrenches, subsidizes or results in racial (color or national origin) discrimination.”

Discouraging racial discrimination is the essence of Title VI as it became part of the Civil Rights Act of 1964. Discrimination based on race, color or national origin is prohibited for programs and activities receiving federal financial assistance.

Yet, over fifty years later, discrimination still exists in these areas. Lawsuits and complaints about discrimination in employment, education and other arenas are not uncommon. While many believe Title VI applies to everyone, there are certain exemptions, such as religious institutions that do not have to adhere to Title VI requirements if they do not receive federal funding for any programs.

Title VI and Discrimination in Education

Discrimination is a learned behavior, starting as early as infancy. It affects children who are discriminated against and can lead to health problems such as anxiety, depression and substance abuse. It also impacts their ability to learn and hinders future opportunities. It also affects children who are not exposed to diversity or overt discrimination by making them less aware of these issues in their educational venues.

By law, educational institutions that receive federal funding through Title VI must comply with the requirements. There are a large number of educational agencies that receive funds: 50 state education and vocational rehabilitation agencies, 17,000 local education systems, 4,700 colleges and universities, and other institutions, including libraries and proprietary schools.

The Office for Civil Rights enforces Title Vi by making sure all areas of education comply with the law. Areas such as admissions, recruitment, financial aid, academic programs, counseling, athletics, housing and employment are a few areas where discrimination is likely to occur. For young people, discrimination that goes unchallenged can further cement the idea it is okay to discriminate against certain groups of people at some point. Carrying this idea into the future can impact employment policies, practices and coworker relations.

As individuals, we all have the responsibility to ensure equity for everyone in education, employment, and society. While Title VI mandates certain areas comply with the law, it must go further than that. Inequities have a trickle-down effect. For example, public transportation is also included in Title VI requirements. Yet routes and reductions disproportionately affect minority and low-income communities. Why should this matter to you? Lack of transportation may force someone to give up a job or school, preventing that person from achieving goals or seeking better opportunities.

Every day you may encounter discrimination, either against yourself or see it happening to others. In the past few years, this behavior has become more noticeable, whether it is discriminating against people of color in a coffee shop or because of religious clothing not being acceptable in a school or workplace. It can also affect the environment.

Title VI also seeks environmental justice through a set of principles which identify and address adverse effects, particularly of transportation decisions, on low-income and minority populations. These effects include health, pollution, social and economic. Housed in the Department of Transportation, it seeks to examine and protect certain populations (minority, low-income, and Limited English Proficiency (LEP) from disproportionate impacts of proposed projects and current regulations.

Without Title VI of the Civil Rights Act of 1964, life in the United States would look significantly different than it does today. When you ask yourself the question: Why is Title VI important to me? Think about the changes you see around you, whether it is the diversity of schools, colleges, universities or workplaces. Consider how making education and jobs more accessible to more people who may have been discriminated against, either overtly or covertly, has improved society. Not only is it important to know and support Title VI in all areas, whether you feel you have been discriminated against or not. It is also important for creating workplaces, educational venues and societies where differences are celebrated and welcomed. And, that is important to everyone to help a society thrive and expand. 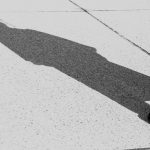 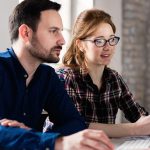 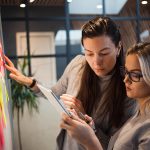